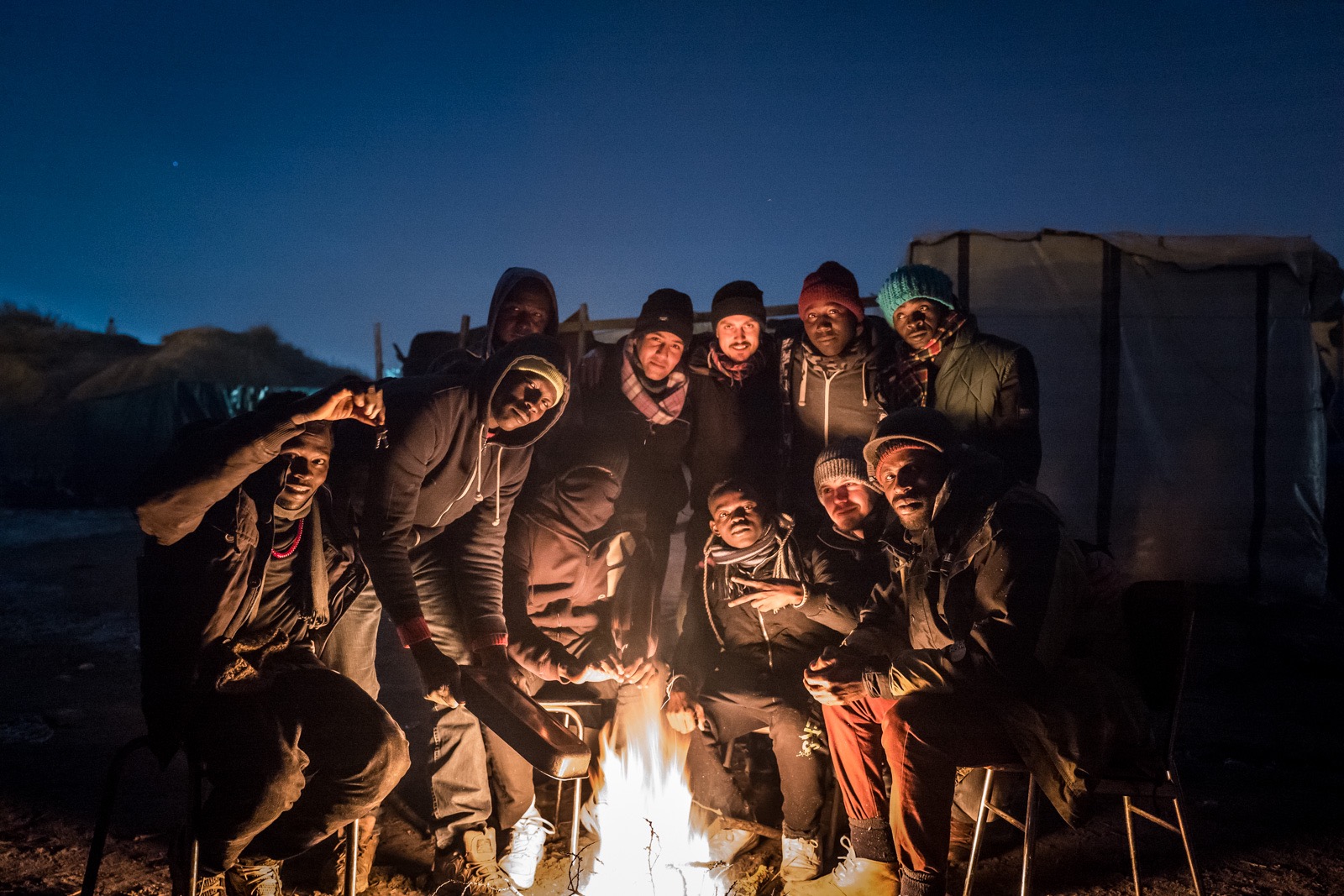 NO-ONE COULD HAVE GUESSED, WHAT PIVOTAL AND FAR-REACHING CONSEQUENCES THE DECISION OF ONE OF OUR FIRST ROBINS WOULD HAVE, WHEN HE GOT INTO A CAR IN DECEMBER 2015 AND SET OUT FOR NORTHERN FRANCE.

Without really plans or even any idea of what was waiting for him there, he sped onwards for kilometers and kilometers – nothing in his luggage but youthful naivety and the unqualified desire to help those with whom fate has played unfairly. It was to be the outset of a long journey full of hope, but along whose roadsides there nevertheless always lurked doubts. But however hard the work and skepticism can sometimes be, it is just as wonderful to see each other smile, when together you’ve been able to fashion a little piece of happiness. It was an outset, but northern France was only the first station: the journey continues still…

In northern France, more precisely in the city of Calais, is situated the Euro-Tunnel, through which trains travel every day to London; in addition ferries depart from the port through the channel tunnel. It’s a small, unremarkable, European town – one might think. However over the course of a year, from autumn 2015 to autumn 2016, this is where a unique occurrence played out in Europe’s heart. People from all sorts of countries, all in search of better lives, are stranded there on a heap of rubble; men, women, children, and whole families, who have travelled thousands of kilometers to escape war, persecution, poverty and a lack of prospects – only to fall on deaf ears and mounting fences in Europe. On this border an illegal refugee camp established itself. To put it more accurately, a small city emerged, with many peculiarities and facets like any other city, which gained notoriety under the name of ‘Jungle’. A large contingent of the residents marched every night under cover of darkness two hours there and back, to endanger their lives by jumping onto a train or truck, always with the goal in mind of getting into the UK. The attempts almost always ended in failure. On top of this there were as a rule regular servings of teargas and club-‘treatments’ offered by the French police.

Everything was lacking in the camp: sleeping places and clothes were rare, even medical care was only rudimentarily available. Whilst the UN, other big welfare organisations and the French, as well as the English, governments were noteworthy for their absence, volunteers came from all over the world, not wanting to look on helplessly from afar. Distribution posts for clothes were set up, kitchens built, that offered warm meals every day, tents erected, a youth centre for the multitude of unaccompanied minors constructed, concerts organized; this list could go on and on. Before long more Robins came over from Switzerland, to help actively and the everyday lives of these people to at least ease a little. So as not to stand by and watch helplessly as those stranded in Calais had to experience yet more suffering, and in order to make the world at a least a slightly better place, they brought clothes, tents, and financial means the whole way over from Switzerland. Over this emotional, deeply moving time, our first Robins gathered experiences and impressions from working with refugees. BE A ROBIN was born.

At peak times the Jungle counted over 11,000 residents, of whom over a thousand were unaccompanied minors! The French state couldn’t ignore this anymore, and thus cleared out the Camp at the end of October 2016 with the promise of granting every single resident a fair chance at asylum. Unfortunately this is only partly true – in the meantime many refugees, especially children and young people, can be met in Calais and surrounds again, on a renewed search for a chance across the Channel.

On sight we worked hand in hand together with HelprefugeesUK and L’Auberge des Migrants, as well many other smaller organisations.