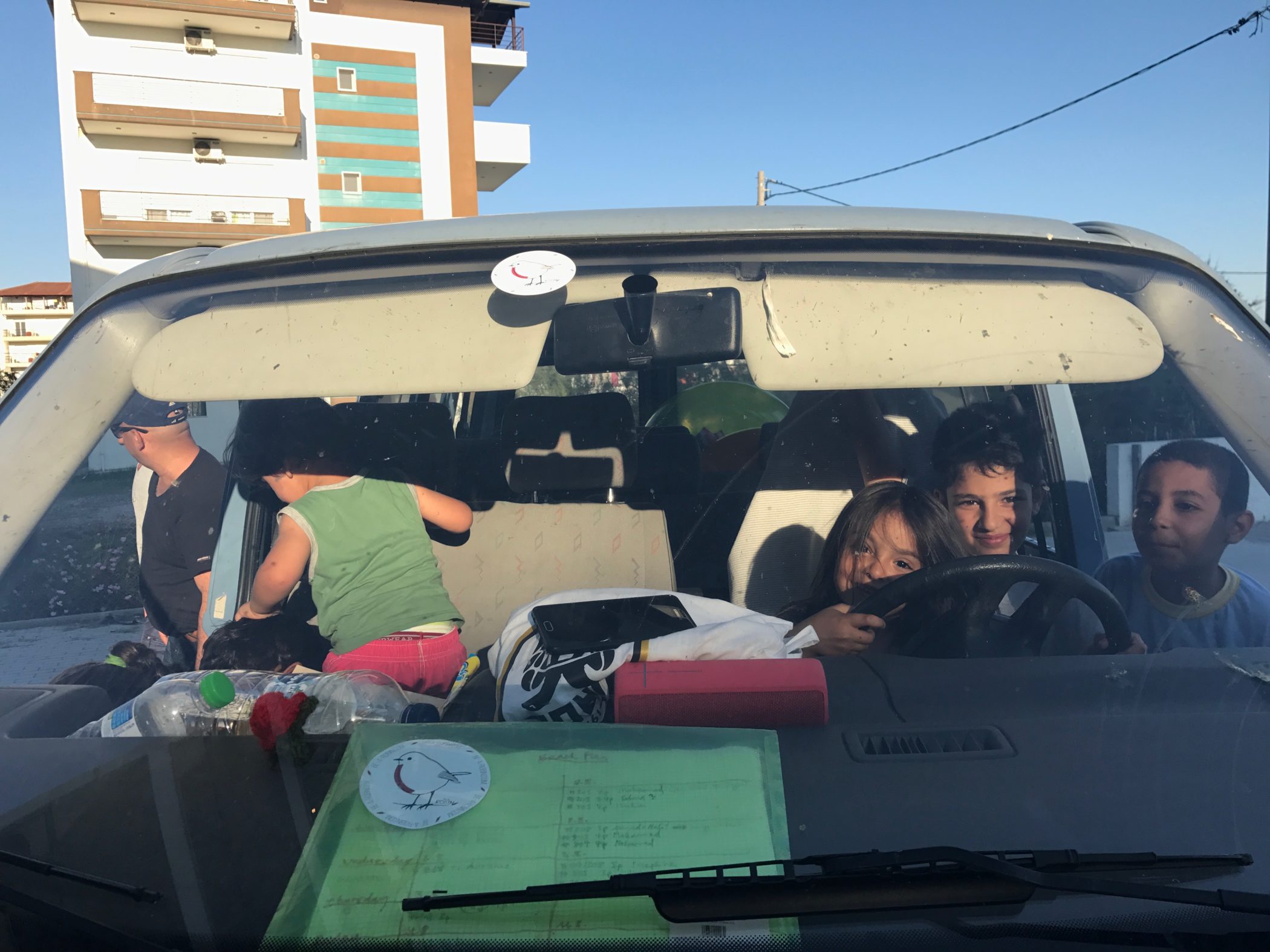 In June 2017, Robins Meret & Debora returned to sunny Thessaloniki. Along with their positive energy and commitment, they also brought the idea of the “Lampetia” project.

Since the beginning of 2017 the situation for displaced people in Northern Greece has barely improved. Most camps are ill prepared for the cold winters and hot summers of Greece, resulting in the relocation of some, particularly families, to housing in and around Thessaloniki. While urban housing means that living conditions are considerably better, people become very isolated when removed from the communities that develop in camps. Public transportation that might allow people to get around is not affordable given the little cash which refugees receive each month from the UNHCR. This isolation is compounded by the stifling heat and the lack of school for kids during the summer. Families and individuals in urban housing are thus essentially restricted to their homes and have few options of things to do.

With the “Lampetia” project our goal was to offer people an opportunity to alleviate the isolation and heat of the summer. We contacted the Tamam-Community Center in the village of Sindos with the idea of a varied activity program accessible for everyone. With the help and experience of the volunteers already on the ground,and the availability of a 9 seater van, we started to put together a plan. We decided to use the van to bring families to various beaches and parks of the region, to allow families a chance to get outdoors and into nature and the ocean! We promoted our program at the community centre. While concerned that our idea might be too simple or that it might not be understood, after we knocked on several doors we quickly realised that our fears were unjustified! People with whom we spoke were excited, and our weekly sign up sheet and schedule filled up quickly. We realised that the great success and value of this idea lay in it simplicity.

During the next two and a half months of summer we picked up families every day with our van and drove them to the beaches and parks of Thessaloniki. In so doing, we enabled families to spend some relaxing hours in the shade of trees or in the cooling waters of the Aegean sea. While we took care of the kids, playing and splashing in the water, the adults had a chance to enjoy a bit of peace, chatting, swimming and occasionally smoking a water pipe.

By the end of the day parents were always satisfied and relaxed, the kids exhausted from all the playing and swimming, and we full-hearted and appreciative for the community of which we were part. We dropped each family home around sunset, and many families would invite us to share dinner as a gesture of appreciation. Occasionally we would eat together, but we couldn’t accept all the invitations as we ourselves were exhausted from all the sun, sea and play with the kids. We also had to be fresh and ready for the next day and new adventures on the beach !

It is now autumn, and we look back on a memorable summer in which we got to know a community of displaced people, sharing sand and summer days, taking part in their stories and destinies. We reflect now how easily one day spent at the beach can produce joy and smiles and a moment of escape, no matter where the families come from and how bleak their situation might be.

We are grateful to all our supporters who made this project possible. To continue our work with displaced people in Europe we need your support.